Epic day today. Left the SOPA lodge in the crater, for Serengeti. Got stuck in a Tanzanian “traffic jam”. 1 truck pulled from the road with a caterpillar. 2nd truck pushed to the side with ~50 locals. 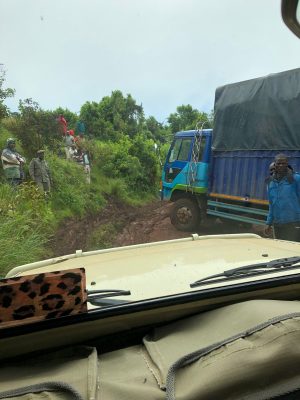 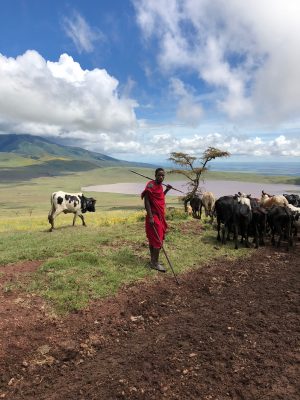 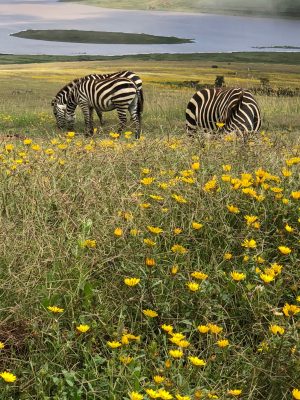 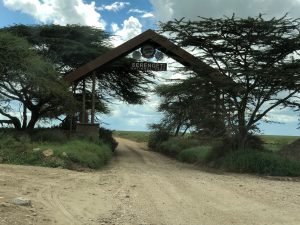 Drove out of the crater to Olduvai gorge. Majestic countryside and passed by Maasi tribe members on the road and in the bush. 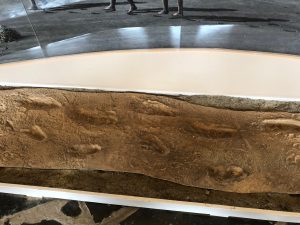 Fun fact – as soon as a Maasi male has more than 1 wife he has to build a fence around his property to protect and house his wives. In the center of the camp is where the cows are kept.

At Olduvai (should be Pai) first, human remains were discovered and the first human footprints discovered in the volcanic ash.

Went on a late afternoon safari and saw our first Giraffe 🦒 a cheetah kill and 2 elephants 🐘 playing. (See amazing video) 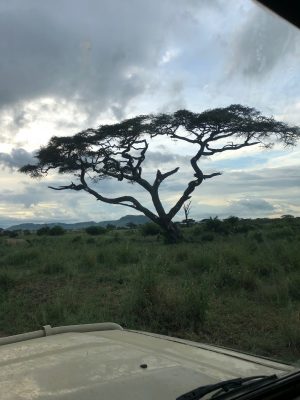 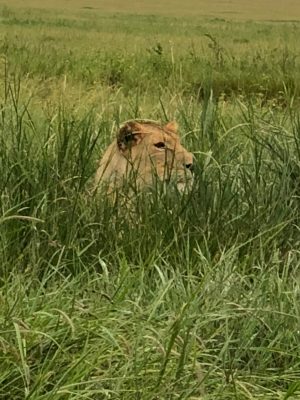 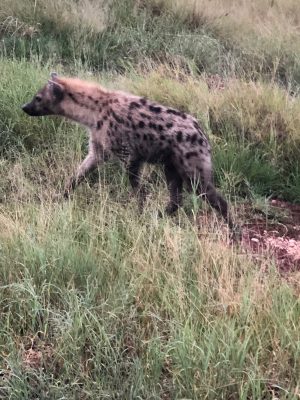 Our driver Sheban helped to pull a stuck Jeep 🚙 out of the mud. We then raced a hyena on the road and had to drive in the Serengeti at nighttime. Experienced an “Indiana Jones” wild ride, bumps, and slides plus hitting an Acacia tree. We arrived at the Sopa lodge feeling like we had been on a roller coaster ride for about an hour.