We started off in Memphis which was the ancient capital of Egypt 🇪🇬. Saw a huge sculpture of Rameses ll and numerous statues and carvings of the ancient god “Ptah”. 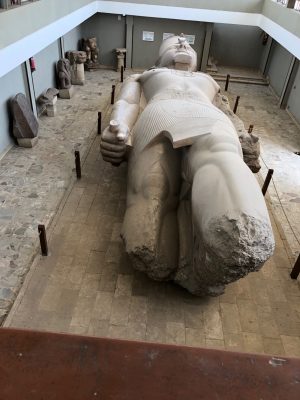 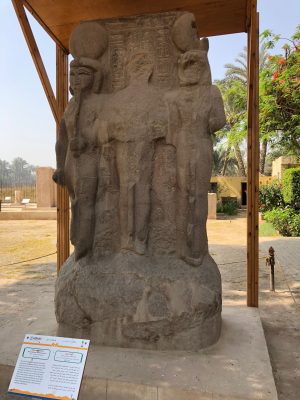 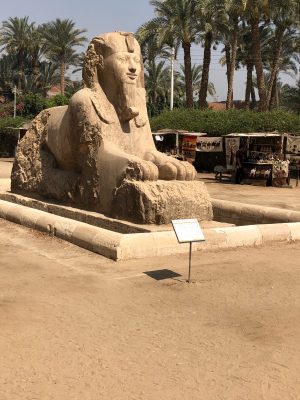 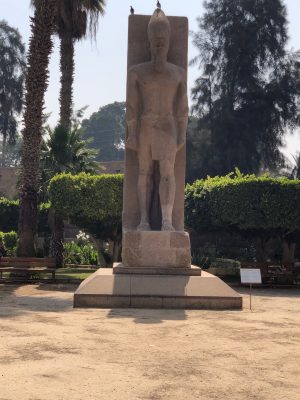 Then went to an amazing site near Sakura. There is a whole excavation site at Serapeum which words cannot adequately describe. Somehow 27 granite and Diorite(10 times stronger than granite) sarcophagi were built in an underground limestone cavern that is 400m long. The granite and diorite are only found 800km away from Sarapeum. The lines and geometry of the sarcophagi provide an interesting challenge to Archeologists. They know that 4 to 5 thousand years ago the ancient Egyptians had the knowledge to create these vast sarcophagi however the actual “how” they were constructed remains a mystery. At Serapeum we meditated with the lights off. I could feel the vastness of the caverns and some sort of energy down there. I also felt like a small piece of a gigantic jigsaw puzzle called the “universe”. 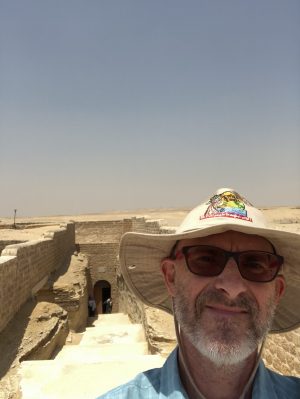 Had lunch at an amazing restaurant right across from the Spinx and the 3 pyramids of Giza. Walking into and up the big pyramid with low ceilings on the passageways and 103-degree heat was a real experience. Did an amazing 😉 meditation 🧘‍♀️ at the top of the pyramid with the lights out and only our group of 22 there. 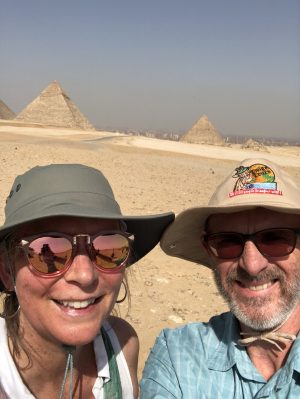 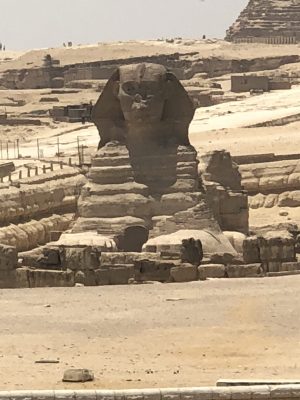 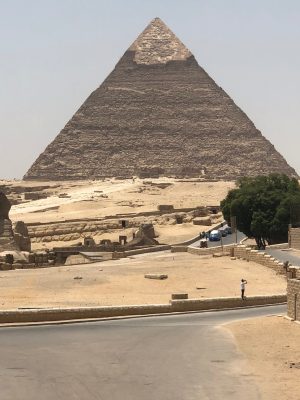 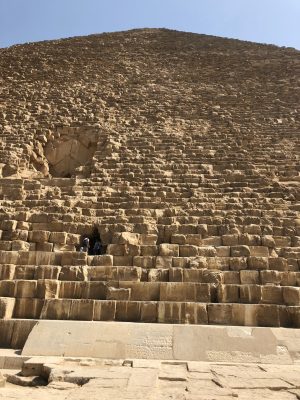 Stopped at an Egyptian cotton store on the way back to the hotel. Then watched Man United lose the FA cup final (not fun). However, had a shot of tequila and tried the “Hookah” for the first time. I will not be doing it again.